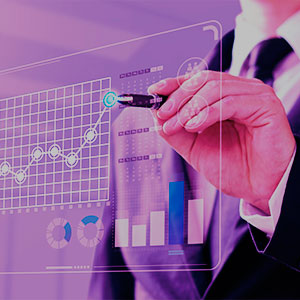 Previously we published a blog regarding The US President signing into law the OPEN Government Data Act also known as Title II. Well here are few more details about Title II and its origin.

The Government-wide Open Data Bill demands from all US federal agencies to publish and make transparent all non-sensitive public information in open, machine-readable formats.

The policy for open government data was established by an executive order signed by President Barack Obama in 2013 but could have been subject to removal by a future executive order. Along with the order is an accompanying Open Data Policy released by the Office of Management and Budget and Office of Science and  Technology Policy. The order states that “going forward, newly generated government data shall be made freely available in open, machine-readable formats, while appropriately safeguarding privacy, confidentiality, and security. This requirement will help the  Federal government achieve the goal of making troves of previously inaccessible or unmanageable data easily available to entrepreneurs, innovators, researchers, and others who can use those data to generate new products and services, build businesses, and create jobs.” (forbes.com)

Title II, the OPEN Government Data Act, which our organization has been working on for over the last few years, sets a presumption that all government information should be open data by default: machine-readable and freely-reusable. Our Coalition celebrates the congressional and executive branch allies, as well as the open data advocates, who made this possible.”

This is a huge win for all of us. LEI.INFO promotes open, machine-readable forms from the beginning. We were the first player in the LEI related space who converted the system data into fully opened, semantically meaningful formats – see: https://lnkd.in/dHPs3SA What is even more interesting: to guarantee the fulfillment of the bill demands it mandates the creation of the Chief Data Officer (CDO) position at every federal agency. The role of CDOs will be to ensure the enforcement of the open data standards at any given agency.