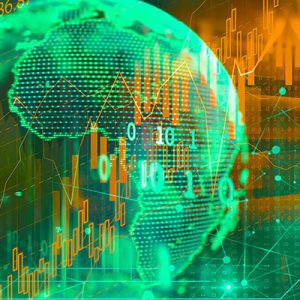 Legal Entity Identifiers, a set of unique alpha-numeric codes that identity legal entities globally, were mandated under new European Union regulations but issuance is expected to continue to increase as they are used in other jurisdictions and across more asset classes.

MiFID II, which came into force in the European Union in January this year, requires all counterparties that trade with an EU counterparty, regardless of their location, to have an LEI in order to comply with trade reporting requirements. The LEI was introduced in the EU in 2014 under the Emir, the regulation which covers cleared derivatives, but MiFID II applies to many other asset classes including equities, fixed income and commodities.

Eugene Ing, executive director, institutional trade processing at the US Depository Trust & Clearing Corporation, told Markets Media: “Volumes will continue to grow as MiFID II has expanded the use of LEIs across all asset classes and other jurisdictions are adopting the use of LEIs for regulatory reporting.”

Ing continued that volume in Asia-Pacific has remained steady at 4% of global LEIs issued, the US has remained relatively strong but the use of LEIs in Europe has grown significantly due to MiFID II.

“The LEI system started 2017 with roughly 480,000 LEIs and ended the year with approximately 980,000. As of the end of Q1 2018, the system had over 1.1 million LEIs, with DTCC’s GMEI Utility continuing to operate as the largest LEI issuer worldwide,” he added.

The European Securities and Markets Authority gave market participants a temporarily grace period of six months from  20 December 2017 to obtain LEI codes, which will end next month.

Stephan Wolf, chief executive of the the Global Legal Entity Identifier Foundation (GLEIF),  the body responsible for ensuring the operational integrity of the LEI system, analysed trends for the first quarter of 2018 on the foundation’s blog.

A GLEIF report said the total LEI population has exceeded 1.1 million. Nearly 400,000 new LEIs were issued in the fourth quarter of last year, which fell to 167,353 in the first quarter of 2018, although this is still significantly more than historic volumes.

“The extraordinary growth in the second half of 2017 was primarily triggered by impacted market participants seeking to achieve compliance with MiFID II,” added Wolf. “The drop in LEI issuance in the first quarter of 2018, once the deadline had passed, demonstrates the success of LEI rollout leading up to MiFID II coming into force.”

The report said the overall renewal rate of 66.3% was essentially unchanged from the previous quarter.

“At the end of the first quarter of 2018, 84% of all LEIs were in good standing,” added Wolf. “It must however, be noted that the absolute number of lapsed LEIs increased by 26,645 over the past twelve months.”